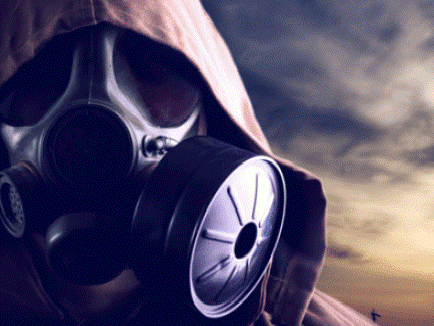 “It was a bright cold day in April, and the clocks were striking thirteen.” -George Orwell, 1984

Since George Orwell wrote 1984 in 1949, readers have become understandably obsessed with the dystopian genre. To me, what draws most readers into a dystopian world is actually the sense that it is not so different than our own, that a few, strategic events could catapult us into a dark and disturbing place. After all, is our modern world more utopian than dystopian? Some of the most haunting and riveting dystopians—The Hunger Games, Divergent, The Giver–play on our fears as a society that we are one step away from chaos. In fact, many would assert we are already knee-deep in our own dystopian drama. Considering the manipulation of the media; the increase in terrorism; the government’s access to our private data; the destruction of our environment; our overreliance on technology; and corruption in high places…it does seem as if we are headed toward a very steep cliff.

As a psychologist, one aspect of our society which has become particularly concerning is our overuse of prescription medication, especially with regard to mental health issues. In creating the world of Legacy, I was inspired by my “real” job, where I am often face to face with individuals who are eager to change their emotional states. Just as Lex observes—“It seemed that almost everyone was eager to feel or not to feel something”—words that are as true today as ever. For many years, pharmaceutical companies have been cashing in on our desire to quickly and easily alter our emotions, so it wasn’t a stretch to imagine Zenigenic, an up and coming pharmaceutical company, creating a line of Emotion Altering Medications (EAMs).

In 2041, EAMs are widely available, dispended in vending machines operated by biometric identification; mental illness is not a prerequisite, only a desire to alter one’s feelings. With a catchy slogan, “How do you want to feel today?” and a promise of no side effects, who could resist? Legacy explores the devastating impact of EAMs on society and the individuals who created them, used them, and witnessed their effects. After all, a quick fix always comes at a price…

While there are many reasons I love to read and write dystopian stories, underlying it all is the sense that these imagined futures hold up a mirror for us, allowing a unique glimpse at the best and worst humanity has to offer. To me, these stories hold particular appeal for young adults (and young adults at heart), because adolescence is a time marked by hope and idealism. A time when we truly believe we can change the world. In a ruined fictional society, where chaos reigns or in our own modern day dystopia, anyone can be a hero, even eighteen-year-old Lex. Even you.

So, do you have what it takes to survive in a dystopian world? Would you want to survive the apocalypse? I’m pretty sure I would, and here’s why:

1. Even though he may be a) part zombie or b) trying to kill you, your boyfriend looks like Theo James.

2. The Kardashians did not survive the first wave.

3. You get to carry a cool weapon. Enough said.

5. Utter ruin? Chaos? Mayhem? Well, things can only go up from here.

6. Some say looting, I say freebies.

7. You’ll find out what you’re really made of. Hopefully, not literally.

8. With your newfound MacGyver-like survival skills, you can remove your surgically implanted tracking chip with a bobby pin and masking tape.

9. Between the invading aliens, crumbling infrastructure, and scarcity of resources, there’s never a dull moment.

10. As one of the few survivors, President Trump wants to meet you.