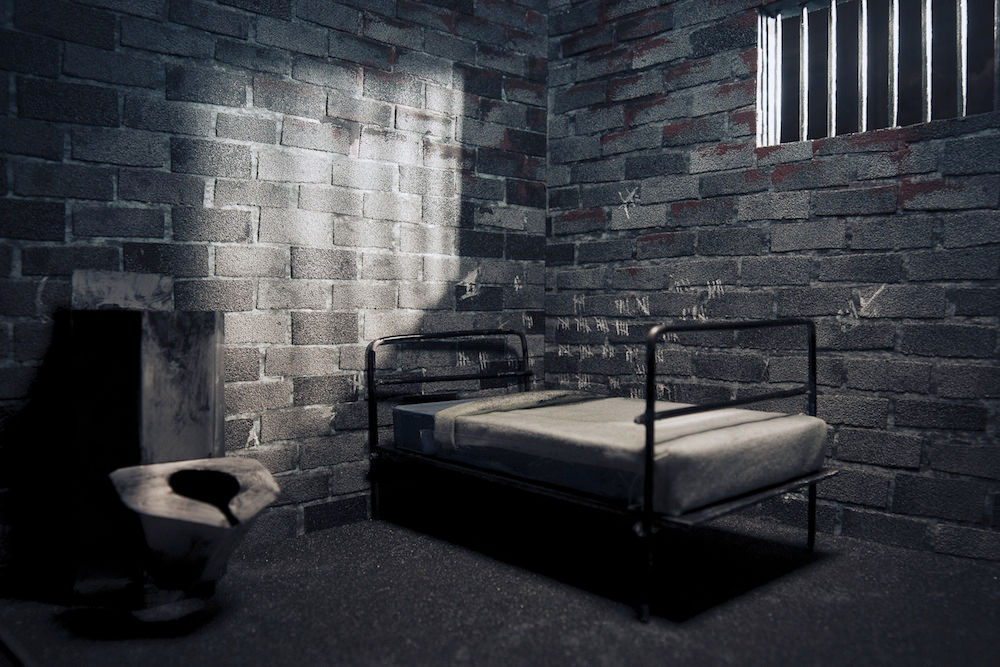 I recently finished the first draft of my soon-to-be released thriller, Daddy Darkest. The novel takes place inside San Quentin State Prison, one of many prisons in California, and follows the lives of inmate, Clive “Cutthroat” Cullen, and his treating psychologist, Dr. Clare Keely. When I received my editor’s notes, I was particularly struck by one of her questions: Would Cullen and Clare be alone? Is that realistic in a prison setting? It got me thinking about when I first started my job as a forensic psychologist; had never been inside a prison; and had Hollywood to thank for most of what I knew about life behind bars. Unless you’ve worked inside a prison, been incarcerated in one, or you’re an avid fan of the MSNBC show, Lockup, the world that lies inside those gates is probably a mystery to you. With the publication of Daddy Darkest coming soon, I thought I’d clear up a few common myths about prison life, most of which came as a shock to me in my first few months on the job.

Myth #1: Inmates are locked in their cells most of the time. Their whereabouts are always accounted for. Unless they are incarcerated in a security housing unit due to severe or repeated rules infractions, most inmates have freedom to move. Many long-term offenders, such as the life term inmates I evaluate, have jobs, attend self-help classes, work out, watch television, and move about the prison on a day-to-day basis. In recent years, due to prison overcrowding, lower risk inmates have been relocated from single or double cells (like the ones in the movies) to dormitory style housing (think a warped version of summer camp). When they have scheduled appointments, inmates receive a “ducat” or a small slip of paper that tells them the time, place, and reason for the appointment. Not responding or reporting to a ducat can result in an inmate receiving a behavioral infraction (which in California is called a 115). Imagine my surprise the first time an inmate did not show up for his appointment with me. A call to his housing unit turned up nothing. He hadn’t reported to his job. Finally, prison staff located him on the yard talking with other inmates.

Myth #2: Free staff are never alone with inmates. Each time I evaluate an inmate, we are alone in the room together. Just me and him. That may seem unnerving, and at times, it can be. But inmates don’t lose their right to confidentiality—not completely anyway. With psychological evaluations and mental health treatment, as well as medical and dental appointments, there is some expectation of privacy. Of course, if an inmate threatened himself or someone else or revealed information that would jeopardize the security of the institution, all bets are off. Usually, a correctional officer is nearby—sometimes outside the door or down the hall, and in many institutions, staff are provided an alarm or a whistle to call for help. It is a sobering reality that I always position my chair closest to the door in case I need to make a quick escape. In some institutions, where there is a long walk between buildings, lower risk inmates also serve as van drivers, where they are alone with the staff they transport. Though there are correctional officers around every corner, inmates are clever at avoiding their watchful eyes. In fact, one inmate I evaluated told me of impregnating his wife absent a conjugal or family visit.

Myth #3: Prisoners don’t have access to drugs, alcohol, cell phones, (insert any item here). Prisons are a highly controlled environment with bars, alarms, fences, and security procedures; however, they are run by human beings who make mistakes and bad decisions. Virtually anything from the outside world can be obtained in prison for a price, including illegal drugs and cellular telephones. In recent years, a significant number of inmates I’ve evaluated have been caught in possession of a cell phone, a serious offense. Usually, they tell me they used the phone to contact their families (since calling from the prison is limited, monitored, and pricey), but when I press for more, I often hear they also visited the Internet to look at pornography, watch movies, visit Facebook, and enter chat rooms, where they befriend women. Inmates are also quite handy (they’ve got nothin’ but time) and manufacture elaborate weapons and alcohol (which is called “pruno”). Check out this site with the Ten Most Terrifying Handmade Prison Weapons, including a fake machine gun made with a grease injector, rubber sleeve, and tape that an inmate planned to use in an escape.

Myth 4: Inmates have access to mental health treatment and other rehabilitation services. It’s sad to say, but at the present time, most inmates do not have access to these services unless they are mentally ill. Inmates who receive short-term sentences, in particular, are often unable to participate in any type of self-help programming. Those with longer sentences have increased access to courses like anger management, victim awareness, and drug and alcohol treatment. However, even those offenders who have lengthy sentences, are denied their requests for individual therapy to gain insight into their criminal behavior (unless they have an underlying mental illness), because resources are limited.

Is there anything you’ve always wanted to know about life behind bars? Leave me a comment below, and I’ll be sure to answer. If you’ve enjoyed peeking behind those high, barbed fences at life on the inside, you will love Daddy Darkest. I’m offering a special sneak peek at the first three chapters: http://dl.bookfunnel.com/72rl1n9frx. I expect Daddy Darkest to be released soon! If you’d like to be one of the first to read the novel for FREE in exchange for an honest review, please drop me a line at ellerykane@outlook.com.

Start stuffing your stockings (or Kindles) early with this amazing giveaway from Genre Crave. Fifty free e-books from a great group of authors, including yours truly. Pick as many as you’d like.