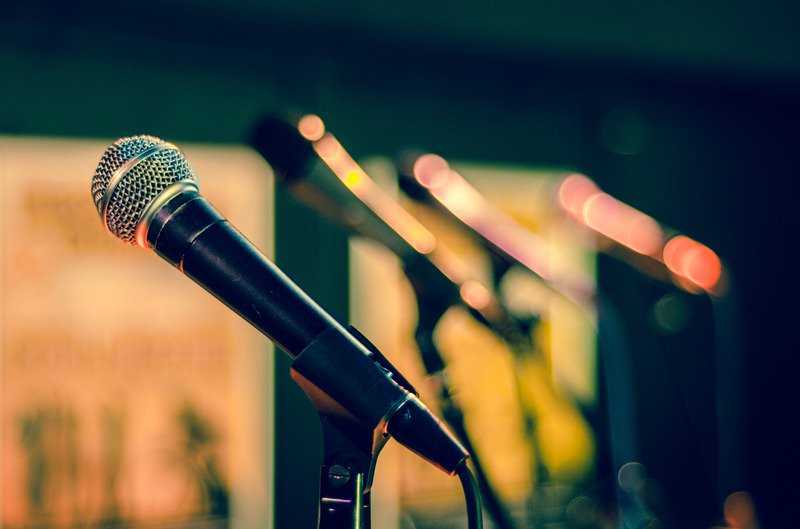 Tell Me A Story

Tell me a story. Whether it’s a ghost story told around the campfire, a family story passed down through generations, or an audiobook to fill the long hours of a commute, there’s something compelling, something magical, about hearing a story told aloud. And the right voice can make or break that magic. After listening to KJ’s audition for the Daddy Darkest audiobook, I knew she had the perfect voice to tell this story. And I think you’ll agree!

Today, I’m sharing an interview with KJ and a snippet from the just released audio book for Daddy Darkest.

So, KJ, what exactly is a voice actor anyway?

A voice actor is pretty much what it sounds like: an actor that uses only their voice in their work. We don’t have the luxury of facial expressions or body language to emote, we rely completely on our voices. You hear voice actors all the time. Everything from animation, to commercials, to audiobooks! Even Siri and Alexa are voice actors.

Tell us about your path to becoming a voice actor.

I didn’t have the most direct path to my current job. For the longest time I thought I wanted to be a veterinarian. I was in the early entry program for vet school at Mississippi State University when I realized it just wasn’t the right fit. It seemed like it would be a combination of monotonous and heartbreaking, not really qualities I was seeking out in a long term career. I had always acted while I was growing up, and I saw a flier for auditions during my first semester. It didn’t take long for me to become fully immersed in the drama program at MSU. I changed my major and have never looked back. After college, I landed back home in Tennessee. I found some voice over classes offered by the fantastic Joe Loesch. He helped me cultivate the skills needed for that type of acting, then put my first demos together. A few years after that I was able to abandon my “normal job” and go full-time with voice over. I’ve never been happier.

What do you find most rewarding about your job?

I think the most rewarding thing is that I truly enjoy what I do for a living. Not everyone can say that.

And the most difficult?

The most difficult part for me is the marketing aspect of my work. As someone who happily spends the majority of my time in a 5’x7’ room, putting myself “out there” is often quite daunting. I’d love nothing more than for my e-mail to magically deliver work, but the hustle never ceases!

Through your voice, you capture the emotional essence of each character and scene so well. How do you prepare for a recording session?

Before I start any recording on a book, I read the entire thing all the way through. That way I really know what all the characters are like. During the first read I’ll try out voices to see what feels right. I typically know how everyone is going to sound before I ever hit record. The day of a session I’ll start with tongue twisters until I feel warmed up. I’ll skim a chapter as a quick reminder of who all appears, as well as the overall tone. Then I jump in. Sometimes things go very smoothly, and sometimes it takes me 15 takes to say a particular word. Occasionally characters will surprise me with how they come out. Either the voice itself or the way a line is delivered. Often it ends up working better than what I had planned because it was very “in the moment.” But not always. I’ll do re-takes until it’s perfect though.

Speaking of perfection, you do an amazing job with all of the characters in Daddy Darkest! Who was your favorite character to voice in the book?

My favorite character to voice was Clive. He’s just so eerily smooth, the master manipulator. It was lots of fun to push Clare’s buttons as Clive.

Many of our well-loved characters in film and television have memorable voices. Darth Vader, Bart Simpson, Hannibal Lecter…just to name a few. Do you have any favorites?

Oh wow, this will be hard to answer without filling multiple pages. I’ll start with my favorite big-screen actors. I swear Gary Oldman uses a different voice for every role he portrays; the man can do no wrong IMHO. Jason Isaacs is so fantastic he’s one of the very few people that can say they’ve been in both Star Wars and Star Trek. And Alan Rickman was just phenomenal. He’s probably got the most “iconic” voice of the three I just listed. For the ladies I’m a fan of Anna Kendrick, Kristen Bell, and Lupita Nyong’o. All of them have done voice over as well and completely rocked it. For voice over specific actors, my favorite man is Billy West (he’s likely most of your childhood as well as half of Futurama) and my favorite lady is Grey Griffin (Azula from Avatar the Last Airbender and about a third of the video games that exist today). I really could keep going, but I’ll stop there.

What do you do when you’re not in the recording booth?

When I’m not in my booth you can find me crocheting, playing video games, or running canine agility with my dog, Phoenix.

Thanks to KJ for giving us a peek into her world as a voice actor. You can watch her running canine agility with her first dog, Zeus, here. And you can find out more about KJ and sample her amazing work here at kjthevoiceactor.com.

So, are you ready to hear a story? Take a listen to a five minute sample of Daddy Darkest, now available for purchase on Audible.com: