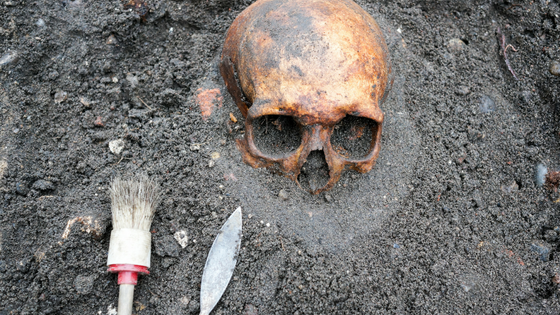 Like archaeologists sifting through ancient soil, psychologists take a special interest in the past, carefully excavating the bones of trauma and triumph to better understand the toils and trials of the present. Though the past does not define us, it is a lens through which psychologists understand the make-up of an individual. Perhaps that’s why historical information is a significant focus in my forensic interviews with long-term inmates and comprises at least one third of the content of the reports I produce for the parole board.

Consider Mr. Baker*, a thirty year old man serving a life sentence for a gang-related murder. Mr. Baker denies culpability for the crime and has trouble following the rules in prison, incurring numerous violations for possessing weapons, selling drugs, fighting, and participating in riots. He’s affiliated with the Black Guerilla Family, a prison gang, and has had trouble maintaining a job within the institution. Recently, he’s romanced a sixty year old woman who sends him regular packages and money for canteen. From a psychologist’s perspective, Mr. Baker meets criteria for Antisocial Personality Disorder, and from an author’s perspective, he sounds a lot like a one-dimensional villain.

But Mr. Baker grew up in Compton, with a father who was absent until undertaking a DNA paternity test in Michigan City when he was 14. Mr. Baker spent most of his time fraternizing with the Crips, selling drugs, and shuttling in and out of prison. Mr. Baker’s other influences-his brothers, uncles, and cousins-were similarly gang-affiliated, and older boys in his neighborhood praised him for his fighting abilities. His family was poor, and by the time he was thirteen, he’d begun selling drugs to buy food for his siblings. Mr. Baker’s mother was sometimes physically abusive; his “first sexual experience” (at age thirteen) occurred with a nineteen year old prostitute; and he witnessed extreme violence in his neighborhood, including the murder of his best friend when he was sixteen years old. Knowing his past doesn’t change Mr. Baker’s diagnosis or lower his risk for violence, but it gives his behavior context. And context is everything. It takes him from a one-dimensional villain to a complex and sympathetic character who is capable of both good and bad. The kind of villain we might find ourselves rooting for.

My understanding of the past as an essential part of who we are-a deep current guiding us even if we’re not always aware-influences the way I approach my writing as well. It’s no surprise revenge and redemption are major themes in my psychological thrillers, and both The Hanging Tree and Daddy Darkest, as well as the soon-to-be-released The First Cut, shift between past and present. Some readers tell me they are enthralled by these shifts, enjoying the glimpse into the characters’ dark and troubled histories, while others find the shifts disorienting or unnecessary.

For me, peeking through the window to the past is the only way to tell a story. The only way to bring to life characters like Cutthroat Cullen and Clare Keely (Daddy Darkest) and Butch Calder and Evie Maddox (The Hanging Tree), characters who are deeply flawed but (hopefully) intriguing and even lovable.

Imagine telling your own story-the story of how you became uniquely you. You’d sift through your own ancient soil and find that first old bone, long buried. Trauma or triumph, that bone was the beginning of everything.

*Identifying information has been changed to protect confidentiality.