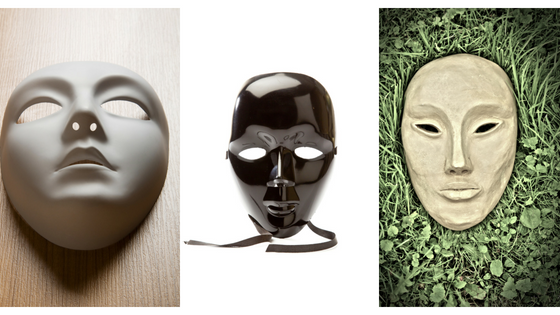 The Face of Evil

“Society wants to believe it can identify evil people, or bad or harmful people, but it’s not practical. There are no stereotypes.” – Ted Bundy

“And this is the forbidden truth, the unspeakable taboo—that evil is not always repellant but frequently attractive; that it has the power to make of us not simply victims, as nature and accident do, but active accomplices.” –Joyce Carol Oates

Close your eyes and picture its face.

Is it ugly? Disfigured? Noseless and sharp-toothed like Voldemort? Crazy-eyed and swatiska-tattoed like Manson? Is it creepy, dark, and leering at you from the shadows?

Though logic may dictate otherwise, when asked to imagine evil, most of us conjure the type of face we would know on sight. We’d cross the street, lock our doors, guard our children.

Ancient Greek philosophers created the practice of physiognomy, which referred to assessing a person’s character or personality traits simply by studying their outer appearance. In the 19th century, Cesare Lombroso believed that criminals were evolutionary throwbacks to early phases of humanity and could be identified by physical attributes, including hard, shifty eyes; a sparse beard or baldness; a low sloping forehead; and a hawk-like nose. In more contemporary society, the concept of stranger-danger taught us to assume sex offenders would be old, scraggly men trolling the streets in a white van and passing out candy. While many of these beliefs have long since fallen out of favor, it seems our brains are hard-wired to expect people who do bad things to look like bad people.

In the last few months, the tragic murder of pregnant Shannan Watts and her two young daughters has gripped the headlines, with her husband, Christopher Watts, charged in their deaths. Self-admitted professional voyeur that I am (see my prior blog post, The Voyeur), I perused Shannan’s Facebook page in search of answers, and I wasn’t the only one. Countless comments dotted her posts—some mournful, some angry, some downright outrageous—particularly those that featured pictures of her and her husband. In them, the couple looks to be the picture of marital bliss. And what would Lombroso say about Christopher Watts? He’s certainly no Voldemort. He is tan, fit, smiling. Even handsome.

Some wondered how they could look so happy—what went wrong? But one commenter posed a question that caught my eye: What kind of monster laid beneath his smile?

Every month, I travel to one of several prisons in California, interviewing murderers and other criminals. And each time as I walk the long hallways, men in blue jumpsuits on either side of me, I think about this question. Because for the most part, the men there look no different than the men I encounter at the grocery store, the gym, the elevator. They could be my father, brother, grandfather. For every Charles Manson (because let’s face it, Lombroso might have been right about him), there are a thousand others who blend seamlessly into the fabric of our lives. Think Scott Peterson, Dennis Rader, Dr. Larry Nassar, and Ted Bundy (who said it himself, “…there are no stereotypes”). Which brings to mind an even more pressing question: Why should this surprise us?

So now I ask again: What does evil look like?

Glance over your shoulder at the man jogging down the street. Make eyes at the woman in the waiting room reading a magazine. Turn your head on the pillow to the person lying beside you. Like goodness, evil can grow anywhere it’s planted, even in the face that greets you in the mirror.