Bury your secrets. Bury them deep.

A month after her high school graduation, small-town-girl Samantha “Sam” Bronwyn boards a plane with her best friend, Ginny. Destination: San Francisco. But when Ginny disappears inside an airport bathroom wearing Sam’s letterman jacket, it doesn’t take her long to figure out she was the intended target. Alone in a strange city, Sam's on a run for her life--drawn into her mother's dark past. A past she never knew existed. A past where secrets aren't all that's buried and where revenge comes at the highest price.

When her mother's carefully hidden secrets come unearthed, they leave Sam reeling and desperate to save Ginny and herself. Who is Sam really--and who can she trust? The mysterious stranger in 4A who secreted a gun in his backpack? The guilty ex-con? The disarming FBI agent? Her own mother?

Only one thing is certain. Someone is after her. Someone who knows more about her than she does. Someone who wants to teach her a hard lesson: There are worse things than murder.

Told from dual perspectives--mother and daughter, then and now--Daddy Darkest poses the impossible question. If you could erase your past, would you do it? And where would you begin? On her thirteenth birthday, newly orphaned Evie, witnesses a brutal attack at the hanging tree. She wakes the next morning on a bus to Los Angeles, dazed and bruised and desperate to remember. Her best friend died that night—she’s sure of it. But there’s no body, no crime scene, and no witnesses. Twenty three years later, the whole night is still a blur. The murderer, a faceless, nameless man.

Fresh out of a stint in juvie, Butch kills a girl, strangles her. Twenty three years later, he walks out of prison a free man. But a haunted one, the ghost of his past at his heels.

When another body turns up at the hanging tree—a girl, strangled—Evie is certain her lost memory holds the key. Can Butch help her find the faceless man? Or is he hiding the darkest secret of all?

"The fast-paced story flows with precision, and Kane's decision to reveal the crimes early on, before building up to the 1994 murder, generates genuine suspense...An excellent, though disturbing, look at a woman's desperate search for closure." --Kirkus Reviews There's a thin line between love and murder.

When "Love Doctors" Ian and Kate Culpepper are brutally murdered in their Carmel mansion on Valentine's Day, Ava knows it's karma. Because Ian's leaving her for perfect Kate four years ago had cut her bone deep. And then they had the nerve to show up here, on her turf. With their perfect house and their perfect daughter and their matching perfect smiles.

But Ian is far from perfect, and Ava owes a debt too. For the unforgivable thing they'd done together. The dark deed that severed their marriage in two. When Ava's name is found inked in blood at the crime scene, a reckoning seems inevitable. Someone knows what she's hiding. Someone sees what she's done. And karma is ready to collect its pound of flesh.

"The tightly written narrative becomes a white-knuckle, ticking clock, as the police investigation zeros in on Ava and she gets closer to a killer. Kane skillfully bounces the plot from present day to intermittent flashbacks, chronicling the pre- and post-years of Ava’s marriage to Ian...A taut, gripping tale of murder, therapy, and duplicity." --Kirkus Reviews

"The tightly written narrative becomes a white-knuckle, ticking clock, as the police investigation zeros in on Ava and she gets closer to a killer. Kane skillfully bounces the plot from present day to intermittent flashbacks, chronicling the pre- and post-years of Ava’s marriage to Ian...A taut, gripping tale of murder, therapy, and duplicity." --Kirkus Reviews 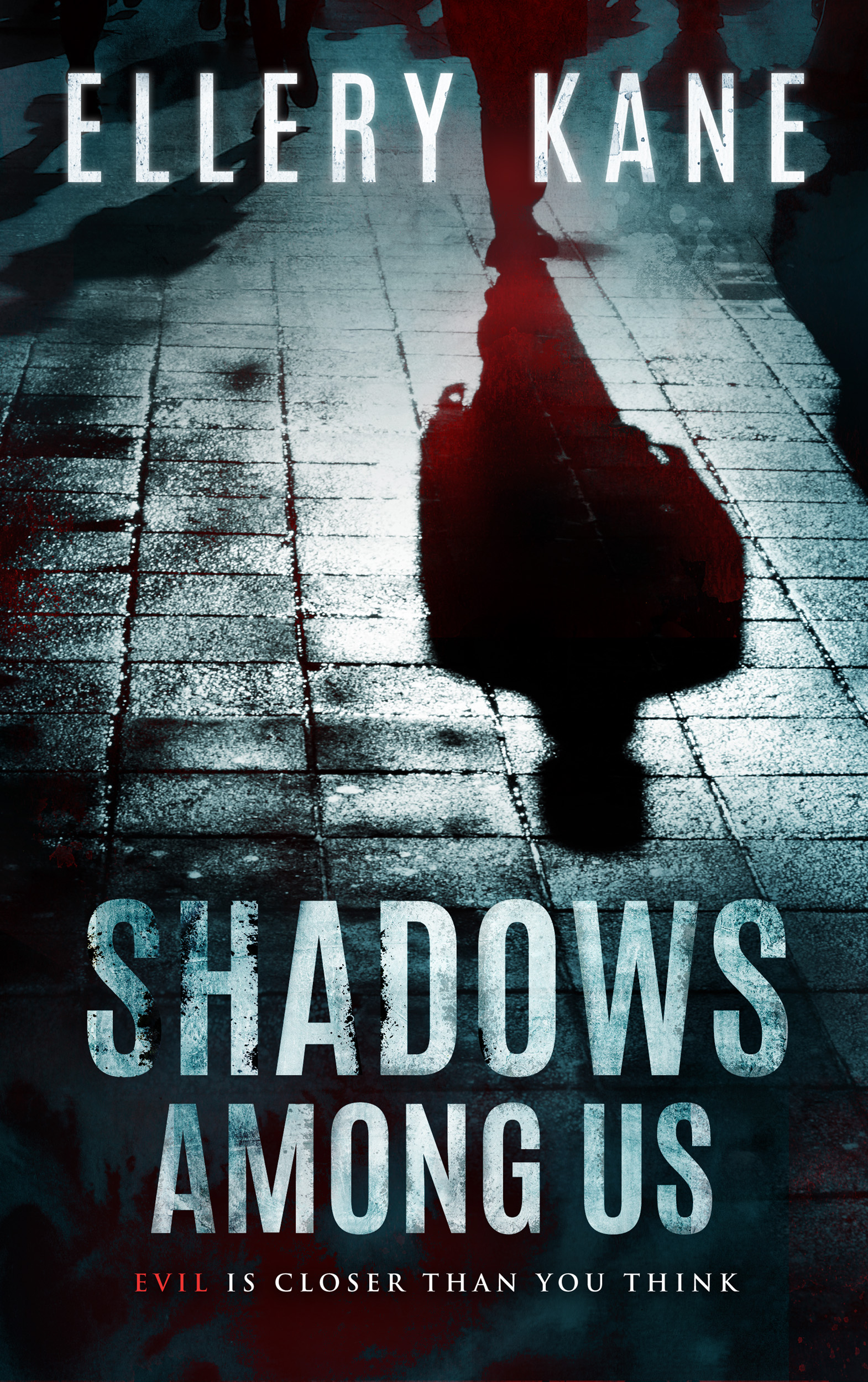 how to write an italian sonnet.
Evil is closer than you think.

Psychologist, Mollie Roark, had it all. A hotshot husband, a beautiful daughter, a successful career, and a fancy house on the Napa hillside. She'd finally made it. Left her troubled past and her crazy father far behind her.

But two years ago, the unspeakable happened. Her daughter's burned body turned up on the shores of Lake Berryessa just days after her fifteenth birthday. The police seem certain Dakota fell victim to the Shadow Man, the prolific serial killer who had terrorized the Napa Valley for two decades. Mollie's normal life is now anything but. Childless, divorced, and unemployed, she's barely staying afloat. She's got one mission. To find the scumbag who killed her daughter and make him pay.

When a mysterious old man shows up at her door seeking absolution and promising answers, it's impossible to resist. But the deeper she goes inside his mind, the shakier her sanity becomes. Everyone is a suspect. No one is innocent. Because Mollie knows evil may be as close as her own shadow.

"Kane’s stellar fourth book in her Doctors of Darkness series stays true to the conventions of the thriller genre, building anticipation and exploring untrustworthy characters, without ever feeling formulaic...An absorbing tale and an adept examination of grief." --Kirkus Reviews 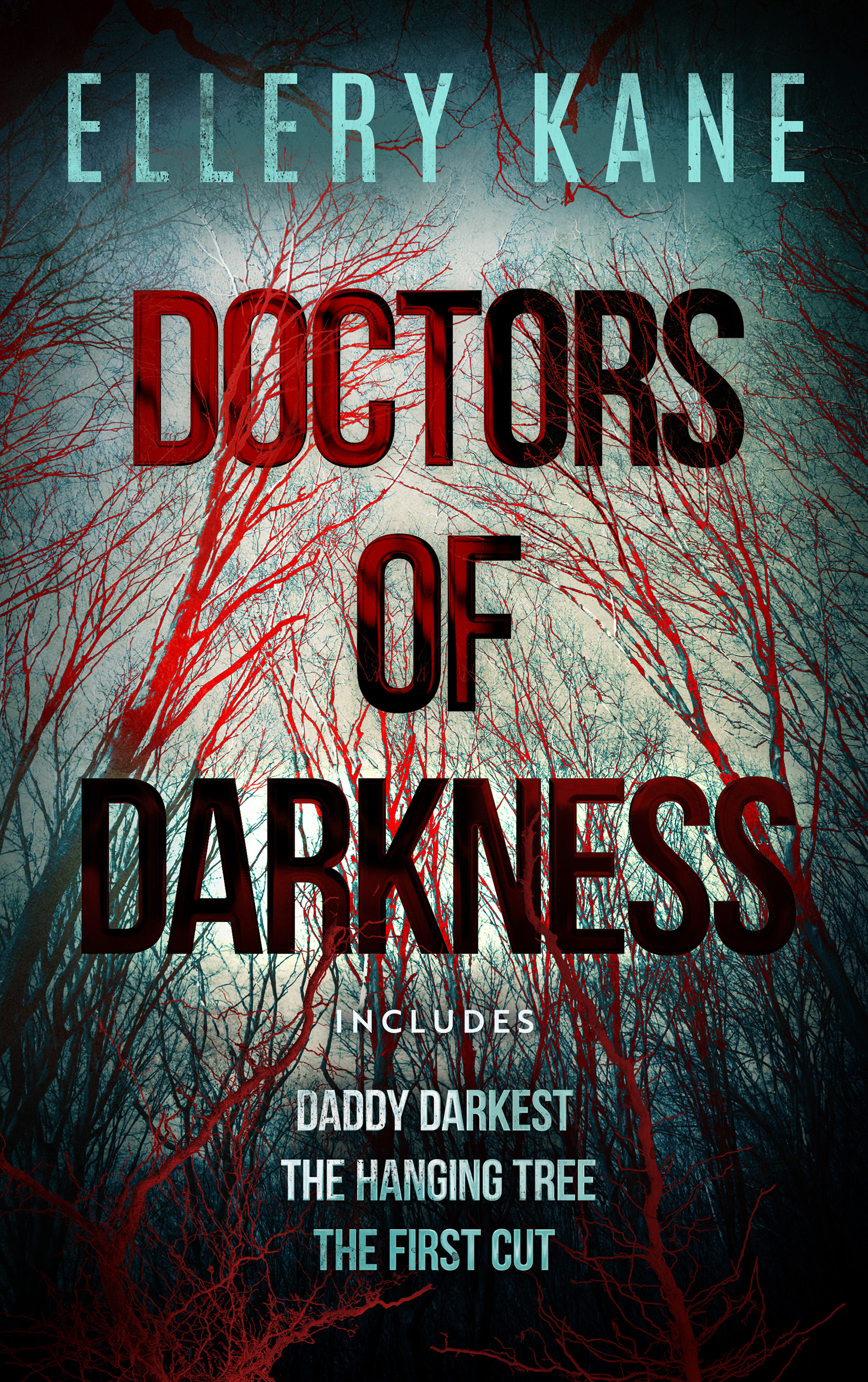 Straight from the mind of a forensic psychologist comes an addictive series of betrayal, lust, revenge, and murder. These doctors earned their degrees from the dark side.

The Doctors of Darkness e-book bundle contains the first three books in the series: Daddy Darkest, The Hanging Tree, and The First Cut. 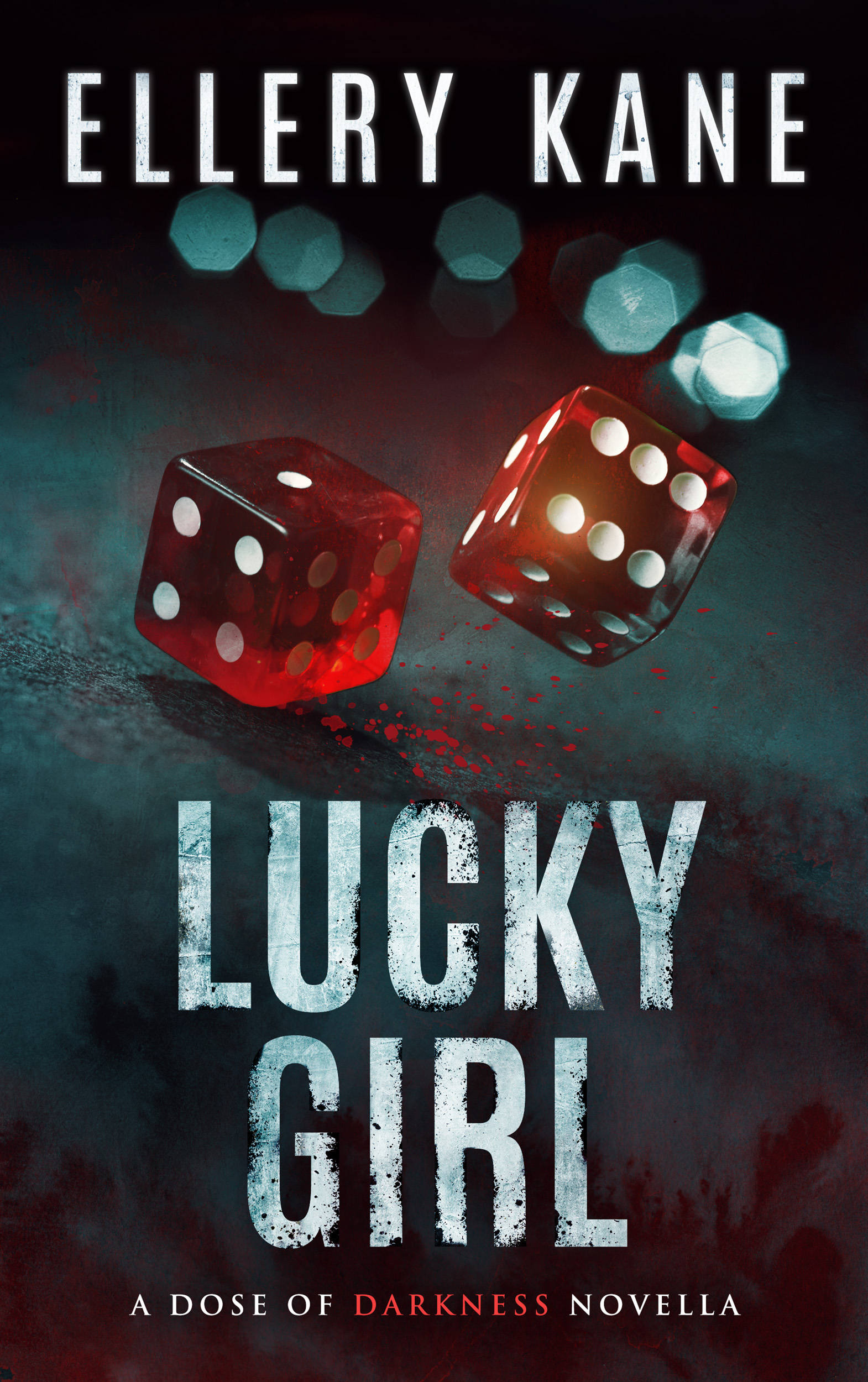 The next chance you take could be your last...

Seven years ago, Teddy Drucker disappeared. He changed his name, altered his appearance, and abandoned his corporate aspirations, fleeing for his life. What choice did he have? In over his head with the cops who’d accused him of murdering his girlfriend and the kind of guys who don’t think twice about cleaning up loose ends with a well-placed bullet.

Now, Trevor Dent is a new man. With a Ph.D. and a cute little car and therapy clients who trust him with their dirty secrets. But when his new patient calls him by his old name and his girlfriend turns up missing, Trevor realizes the past can’t be erased. And his past has a name and a face and the kind of secrets a man would kill for.

Only forty-eight hours to save his girlfriend’s life, and Trevor is back on the run. With a go-bag and a stolen car and an unlikely ally who has her own demons. As the bodies pile up behind them, he’s betting it all on her. He’s hoping this girl is as lucky as she seems. Because this time the odds are stacked against them and the stakes are impossibly high. This time, he’s gambling with both their lives.