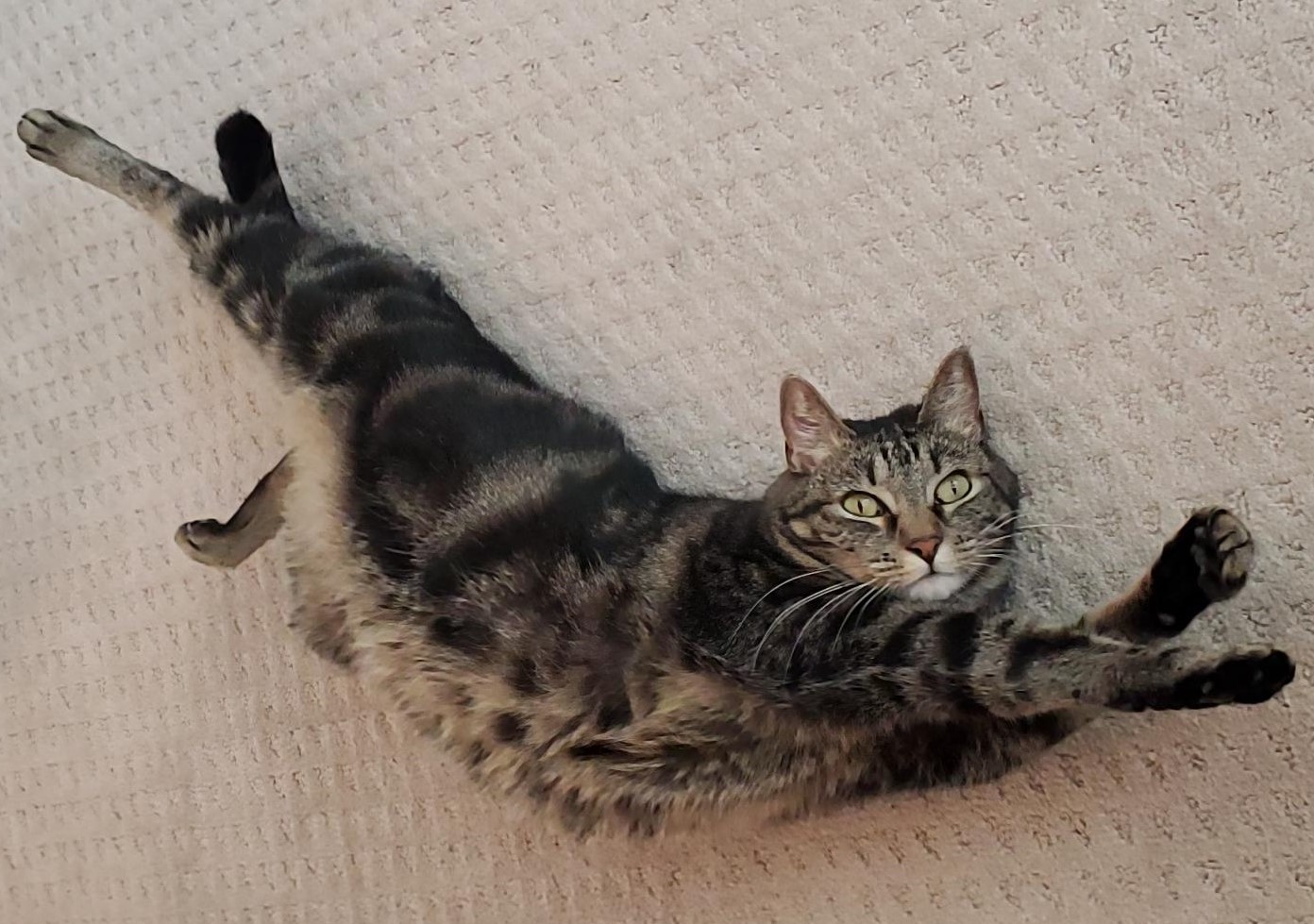 Meet Midge, rescue cat and new furry writing buddy. Like many of my fictional characters, Midge has a colorful backstory. She was adopted as a kitten by her first family in 2014 and went through a botched declawing surgery which left her with bone shards in her feet that caused severe pain. Not surprisingly, she developed aggressive behaviors and was ultimately surrendered to a shelter, where she lived for about six months. Though she had a second surgery that repaired her feet, she was described as “special needs” due to her frequent hissing, swatting, and general grumpiness. If Midge had been one of the inmates that I evaluate in my day job as a forensic psychologist, she likely would’ve ended up in administrative segregation with a litany of rules infractions under her belt.

When we first went to meet Midge in April, she was initially very loving but quickly became overstimulated and hissed at us both. Her behavioral chart confirmed that she couldn’t quite make up her mind whether she wanted to be a troublemaker or a straight A student, as shelter staff had placed Xs in both the friendly and aggressive categories practically every day. Given how affectionate Shiloh (our last cat) had been, we left uncertain about whether Midge was the cat for us.

Months passed, and no one came for Midge. I frequently revisited her page on Petfinder, wondering if it was a sign. But at eight years, Midge was older than I’d hoped for. She also looks similar to Shiloh, which I had mixed feelings about. Then, there were the behavioral issues. And yet…

I found myself driving two hours back to the shelter with my carrier and patiently waiting while the shelter volunteers coaxed and prodded Midge, who did her best to scare them (and me) away. She hissed. She swatted. She growled. Finally, one of the more experienced staff was able to secure her inside the carrier. They wished us good luck and off Midge and I went, both of us unsure but hopeful.

It’s been three weeks since we adopted Midge. On the morning of Day Two, she hissed for the last time and has blossomed into the loving, playful, and energetic feline she kept hidden under a protective mask of grouchiness. I always believed that Midge would make a transformation but I still find myself amazed at how quickly she left those old behaviors behind.

As a forensic psychologist, I’m frequently reminded of the incredible power of our environment to shape our behavior and to mold the face that we show to the world. Sometimes, all it takes is a leap of faith and a change of scenery. This holds true, whether human or animal. Just ask Midge, reformed grump. 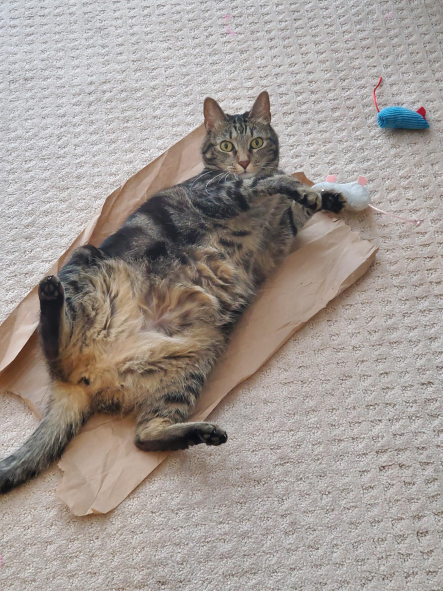 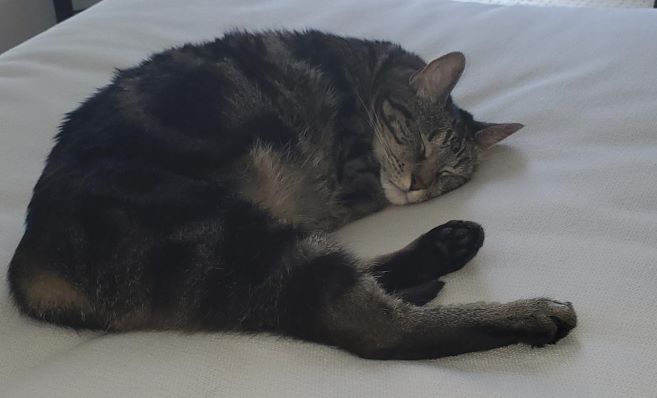 Another year over, and a new one’s just begun…