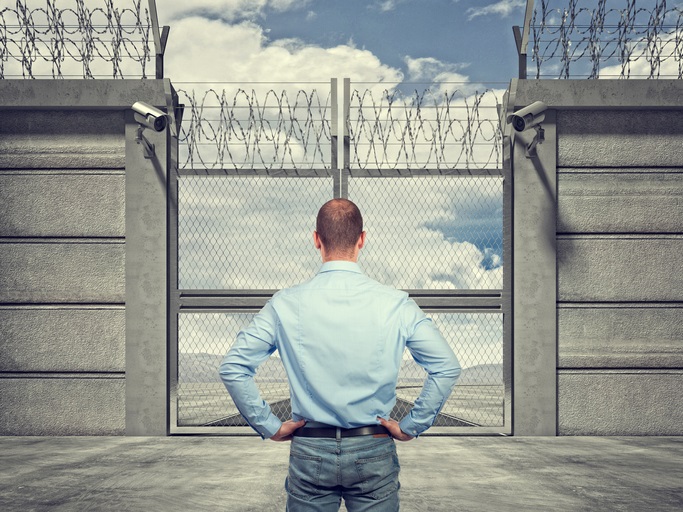 The Price of Freedom

Picture yourself at eighteen.

Now picture yourself in prison at eighteen.

Years pass. Decades. You grow older. Wiser perhaps. You learn to adjust to your new life. After all, you’ve been incarcerated for longer now than you’ve been free.

And then it’s time.

Picture yourself at fifty now. Thirty two years later. It’s what you’ve been waiting, hoping, wishing, praying for. It feels like a dream.

Picture yourself at fifty released on parole.

For the life term inmates I evaluate as a part of my job as a forensic psychologist, this story is not uncommon, though many wait for much longer before the parole board grants them release. And some are never allowed a second chance at freedom. In fact, for many years in California, life term inmates had a better chance of ever being struck by lightning (1 in 3,000 in a lifetime) than ever stepping outside the prison walls. Governor Gray Davis approved the release of just two inmates in the course of three years, while Arnold Schwarzenegger authorized the release of only 557 in course of six years. In 2015, it was surmised that an inmate convicted of first degree murder (and in receipt of an indeterminate sentence) could expect to serve an average of twenty seven years in prison. On the other hand, Governor Jerry Brown has approved the majority of grants by the parole board, resulting in the release of record numbers of life term inmates (1,400 between 2012 and 2015). It’s important to note that despite popular misconception life term inmates (mostly murderers) rarely return to prison. Even fewer commit violence. This is partly because of the improved opportunities that are available to them when they leave, like RJFF or real jobs for felons, which allow them to start a new life on the right track.

Now, think about your own life. Consider how much the world around you has changed in the past twenty seven years. The Internet. Cell phones. Reality T.V. The rise and fall of dictators, countries, celebrities. And that’s just the fluff. In the last twenty seven years, I’ve graduated high school, college, and graduate school. I’ve worked a job for nearly ten years and lived in four different states. I’ve gone from a preteenager to a nearly forty year old (ouch!) woman. A lot can change in almost three decades.

Being released from prison is a dramatic and life-changing event, especially for those inmates incarcerated at a young age, before they had the opportunity to learn life skills like driving a car, paying bills, and living independent of their families. I always baulk at the inmates who tell me they anticipate no challenges or difficulties on parole. Many list the obvious: adjusting to technological advances or adapting to the faster pace of our society. But there are many other significant obstacles that parolees face from the mundane (making day to day decisions like choosing a cereal at the grocery store) to the extraordinary. Inmates often underestimate the temptation they will face to use substances, particularly if they have established years of clean time, and they almost always minimize the potential difficulties inherent in living with one’s spouse as opposed to sustaining a marriage through brief, weekly visits. Parolees who have been convicted of a sexual offense may have an especially challenging time on parole, coping with additional guidelines including sex offender registration and strict residency requirements. For those inmates who obtain parole, freedom is hard won and isn’t kept without a price.

I recently completed the first draft of my next thriller and the second book in the Doctors of Darkness series, The Hanging Tree. And I’d like to introduce you to one of the main characters, Butch Calder, who just happens to be a life term inmate released on parole. A convicted murderer released after twenty three years, Butch faces many of the struggles above, not to mention a few curve balls. Like the murder of a teenage girl a few blocks from the halfway house where he’s been living. A new roomie he doesn’t trust. And the blast from the past encounter that forces him to revisit the sins of his youth. As pressure mounts all around him, his carefully held facade starts to crack. He’ll have to confront his demons head on or risk losing his freedom forever.

I’d love to hear your thoughts. What do you think would be the hardest part of re-entering free society after decades in prison?