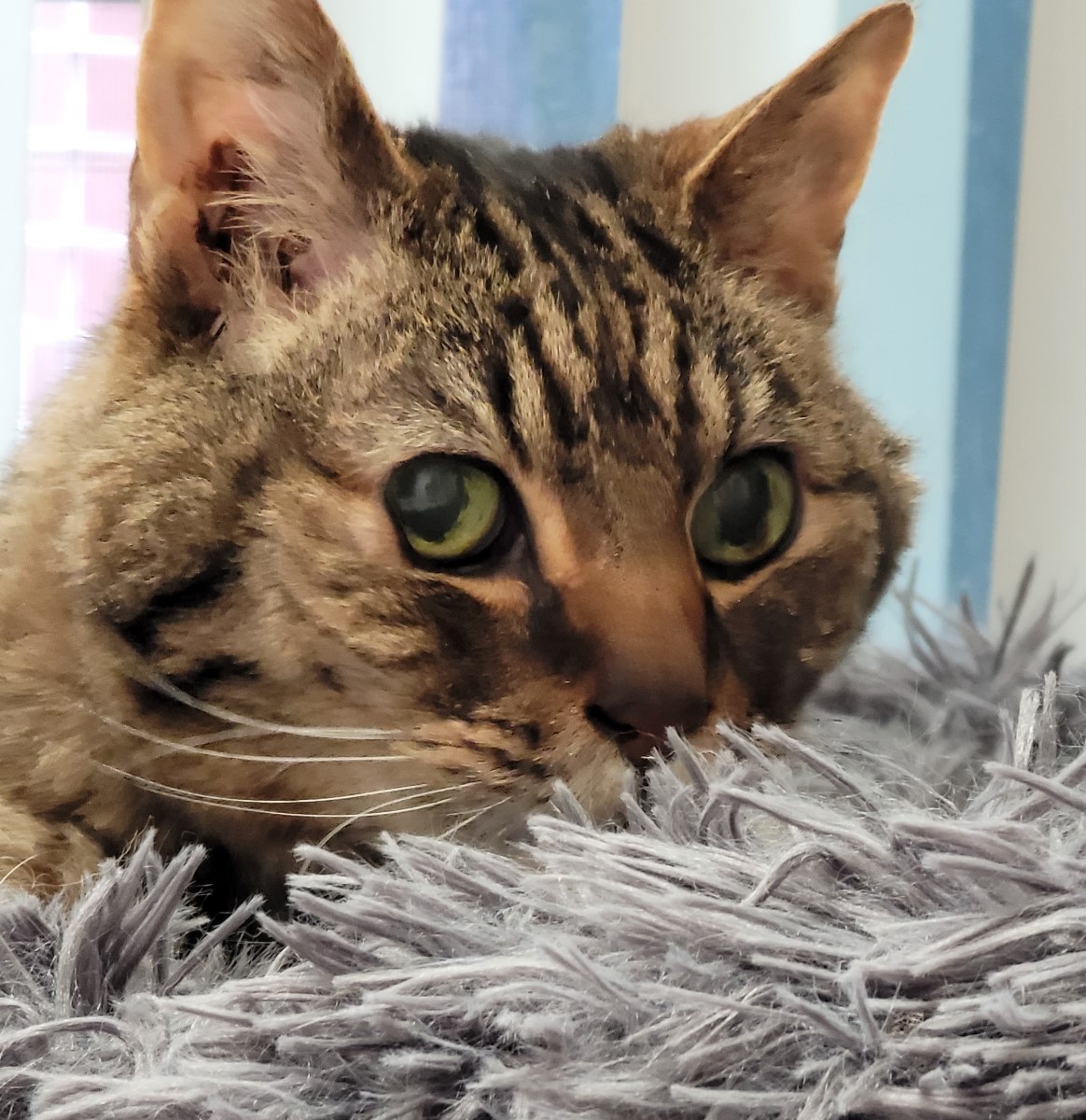 Growing up on a farm in Texas, I had many pets—at least seven dogs, four cats, a bird, two rabbits, and a hamster. Not all at once, of course! When I left for college, my cat, Sneaky—named for her ability to weasel her way outside sight unseen—was fourteen years old, and she died a few years later, around the time I graduated.

A short while later, I started graduate school to pursue a doctorate degree in forensic psychology. On my own in a studio apartment in the big city of Oakland, California, I needed a furry companion by my side. During a visit to a local shelter, I met Shiloh. Or rather, I heard him meowing loudly from inside his enclosure. He stared up at me through the window with his big green eyes and stole my heart. Two years old at the time, his previous owner had died, and I kept the name she’d given him.

Since fate brought us together, we’ve shared many adventures. Eighteen years’ worth! Together, we’ve logged countless hours studying (me) and sleeping (him). Shiloh earned his Ph.D. in catnaps while I researched and typed a dissertation. We’ve lived together in six different homes. And he hates moving even more than I do. One moving day, he crawled into a kitchen cabinet, closing it behind him. On another, he managed to break through the baseboard in the kitchen and wedge himself inside the crawlspace. Thankfully, I coaxed him out with the promise of his favorite treats. Still, it’s safe to say that like most cats, Shiloh detests change…and vacuums. He loves sleeping in the sun, batting at Christmas ornaments, and hearing me sing to him.

Most cats I’ve owned are independent creatures. Not Shiloh. In fact, he’s more like a dog than any cat I’ve ever owned. Glued to my side, he will follow me throughout the house, plopping down on me every chance he gets. He begs for food. And he’s the most vocal cat I’ve ever owned. If only I could figure out what he was trying to tell me.

For the last six years, Shiloh has been my writing companion. Ten books we’ve authored together! His role consists mostly of demanding attention and resting his eyes in equal measure. Shiloh also inspired me to create Cyclops, the scrappy one-eyed tabby cat who wriggles his way into the heart of Detective Will Decker in my Rockwell and Decker series.

Recently, I received a crushing blow. At age twenty, Shiloh was diagnosed with large cell lymphoma, an aggressive form of feline cancer. Saying goodbye to a furry best friend is never easy, especially after two decades together, but it gives me some peace knowing Shiloh has lived every one of his nine lives to the fullest. And for whatever time he has remaining, one thing is certain. We will spend it together.

**Update: On May 12, 2021, I said goodbye to Shiloh. Two weeks later, my special someone and I trekked to the General’s Point, the top of a ridge in a park overlooking the Bay Area, where a stranger erected a monument to their dog long, long ago. It reads: My eyes at night. A friend to the end. A hunter stalks you. Beware trespassers. A friend to the end, no doubt. We spread Shiloh’s ashes there.

Another year over, and a new one’s just begun…