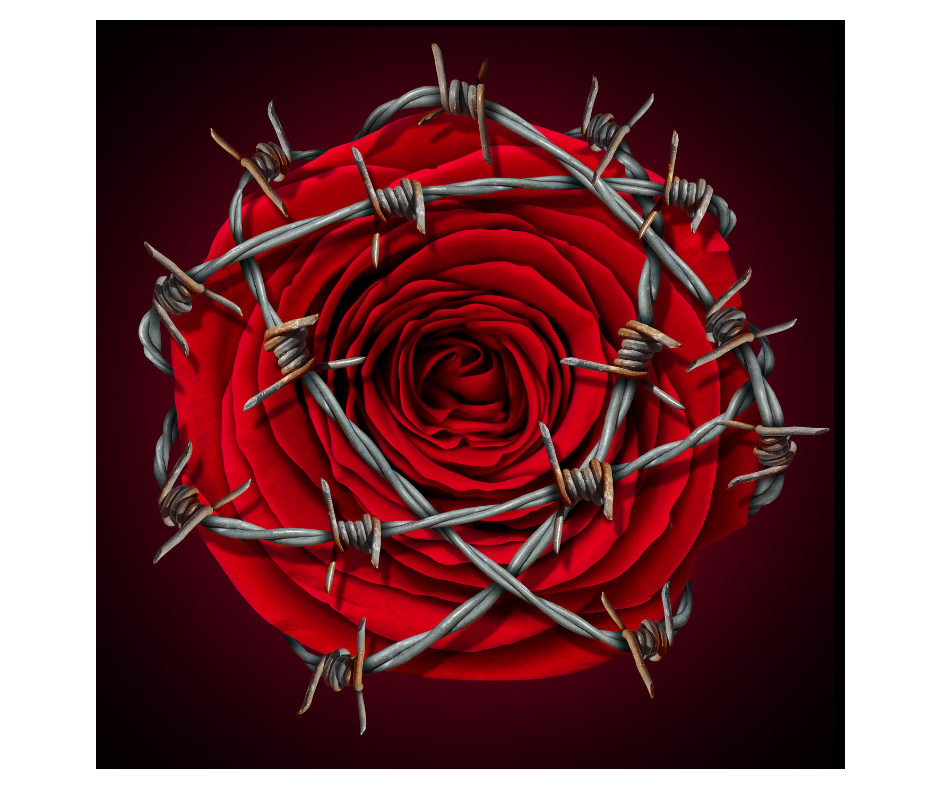 What’s Love Got to Do With It?

“I knew you were having an affair on me, when you started ordering off the diet menu at King Wok’s.” –Lyle Mitchell, Escape at Dannemora

February is the month of love, and though Valentine’s Day may be over, I’m willing to bet you’re still nursing a chocolate heart hangover. Or, I’m guessing, some of you were single on Valentine’s Day and you were in the company of heated moaning sex dolls or a very racy book to keep you warm on the chilly February 14th night.

I recently finished the riveting Showtime series, Escape at Dannemora, which chronicles the 2015 escape from Clinton Correctional Facility in New York by inmates, David Sweat and Richard Matt. Both men were serving life sentences for murder (Matt, twenty-five years to Life and Sweat, Life without Parole) when they literally cut their way out of their cells using smuggled hacksaw blades. Twenty one days after their escape, Matt was shot and killed in Malone, New York. At the time of his death, he had a blood alcohol level of .18. Sweat was captured (and shot) two days later.

Right about now, you may be wondering: What’s love got to do with it?

Well, plenty. At least the forbidden kind. Inmates Sweat and Matt were aided by a female civilian employee, Joyce Mitchell, with whom both men had been intimately involved, though the extent of their relationships remains unclear. In the Showtime series, Mitchell is portrayed as a bored and depressed wife in an unhappy marriage with a clueless schmuck of a husband. Mitchell provided the men with the tools they used to engineer the escape, including hacksaw blades and chisels. She also agreed to be their getaway driver but never showed, instead spending the night in a hospital after suffering a panic attack. Notably, in a December 2018 interview, Mitchell called her portrayal in the series “lies,” insisting she had never had sex with the inmates and had only aided them because they had “taken advantage of [her] kindness.” Sweat, too, has maintained he was never physically intimate with Mitchell. No matter the truth-which probably lies somewhere in between-Mitchell crossed the line and paid for it in a big way. Seven years in prison with a maximum release date of June 2022.

As a psychologist who evaluates life term inmates, I found the series educational. As an author whose first thriller featured an inmate-staff romance, I was gripped. See my February 2017 blog post for more about why women fall in love with men behind bars. Without giving away too many spoilers, I was fascinated by Mitchell’s psychological make-up and her particular vulnerability to the manipulation of Matt, who was portrayed as the more psychopathic of the two men. Mitchell falls in love with a fantasy-a life beyond her mundane existence working as a supervisor in the prison sewing shop, where her hubby, Lyle (whom she referred to as the “glitch”), was also employed. A fantasy of running away with her two bad boy paramours to a beach in Mexico, where she would split her time between them. A fantasy which seemed to derive its power from their shared circumstances, as victims of a corrupt system which was intent on keeping them apart. The real-life Mitchell reportedly admitted to investigators that she got “caught up in the fantasy,” a statement she now cannot recall having made. Interestingly, Mitchell isn’t so different from Matt and Sweat in her escapism. The desire for another life permeates the show with an intense desperation. And nearly leaves you rooting for the bad guy…

In the series, Mitchell ultimately baulks when it comes time to follow through, and as a psychologist, I had to wonder if she’d ever really wanted the fantasy to come true. Isn’t that the nature of fantasy after all? When driven to action, which by some accounts may have included the murder of her husband, Mitchell shows a surprising tenderness toward him. Possibly, she realized the inmates’ underlying dangerousness all along which was titillating but ultimately untenable in a long-term romantic partnership. Possibly, like most fantasies, her schoolgirl crush lost its allure in the harsh light outside the prison bars. Perhaps even more shocking than Mitchell’s choice to spurn her prison lovers, her husband has maintained his support of her and is awaiting her release. True love conquers all, I suppose. And so do hacksaw blades, apparently.

If you like your romance dark, twisted, and doomed, I highly recommend you watch Escape at Dannemora for yourself. I’d love to hear your thoughts. And if you’re looking for more doomed Valentines, check out my latest thriller, The First Cut, which begins with a gruesome double homicide on Valentine’s Day.